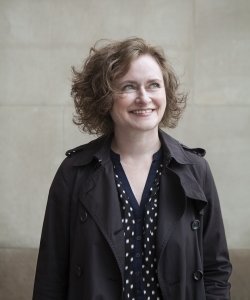 Natasha Kurchanova is an art historian and an art critic.  She received her B.A. from Wesleyan University and her Ph.D. the City University of New York, where she studied modern art, photography, and film.   She wrote her dissertation on Osip Brik, a Formalist theoretician, critic, and editor of the avant-garde journals Lef and Novyi Lef. Kurchanova has published numerous articles for catalogues, collections of articles on Russian art, and such publications as October, RES: Journal of Anthropology and Aesthetics, and Teoriia mody.  She assisted in curating such exhibitions as “The Great Utopia:  The Russian and Soviet Avant-Garde, 1915-1932” at the Guggenheim Museum and “Stenberg Brothers:  Constructing a Revolution in Soviet Design” at the Museum of Modern Art.  In 2010, Kurchanova curated her own exhibition “Who’s Afraid of Ornament?” at Nurture Art gallery in Brooklyn and has taught art history at universities in the New York area.  She served as president of the Society of Historians of East European, Eurasian, and Russian Art and Architecture (SHERA) from 2015 until 2017. Currently, she contributes reviews and interviews for Studio International and is writing a book on Vladimir Tatlin.  She is also a candidate in IPTAR's psychoanalytic training program.