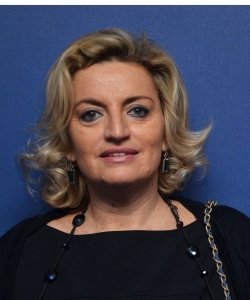 Silvia Burini is Professor of Russian Art History and Contemporary Art History at Ca’ Foscari University of Venice, where she is Director of the Centre of Studies of Russian Art – CSAR. Since 2014 she has been an Honorary Member of the Russian Academy of Arts. In 2014 she was awarded the Pushkin Medal for Achievements in the Arts and Culture by President Vladimir Putin. Burini has curated several exhibitions of Russian art and organized screenings of Russian films. She has participated in many national and international conferences both as speaker and as scientific committee member. Her research focuses on comparative studies about semiotic systems in art and literature, and the semiotics of art—in particular Yuri Lotman’s texts, which she also translated. Burini is currently researching Socialist Realism in art and the Moscow underground art in the 1960s. She is writing a book about hybrids and monsters in Russian contemporary art. Along with Semyon Mikhailovsky and Giuseppe Barbieri, she curated the exhibition "Scene Change" at the Russian Pavilion of the Venice Biennial (2017).   This year, she has also curated "Kandinsky: The Wandering Knight" at MUDEC Museum in Milan, which was open to the public from 15 March to 9 July.