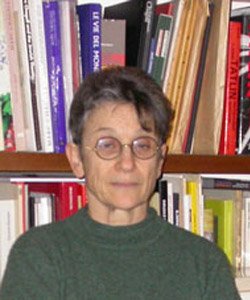 Nicoletta Misler, Professor of Russian and East European Art at the Università di Napoli "L' Orientale," now retired, is a specialist in the visual culture of Russian Modernism.  Her academic interests range from the artists of the avant-garde such as Kazimir Malevich, Pavel Filonov and Vasilii Kandinsky to the philosophers of the time, especially Pavel Florensky (See: Pavel Florensky,  Beyond Vision. Essays on the Perception of Art from Reaktion Books, London, in 2002).  She has also written extensively on Soviet architects such as Yakov Chernikhov and Ivan Leonidov.

Misler’s current principal avenue of enquiry is the evolution of Free Dance in early Soviet Russia, on which she has organized major exhibitions in Rome and Moscow. She has also published a major study of the art of movement in Russia under the title V nachale bylo telo. Ritmoplasticeskie eksperimenty nachalo XX veka (Iskusstvo XXI vek, Moscow), and is now preparing an English-language edition of this book.