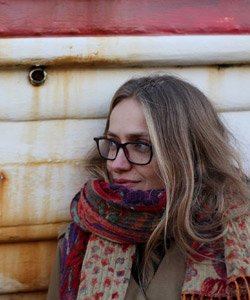 Maria Mileeva received a BA in History of Art at the University of Cambridge (2005), and a MA (2006) and PhD (2011) at The Courtauld Institute of Art. Her doctoral thesis examined exhibitions of Western art in the Soviet Union in the 1920s and 1930s with a particular focus on the history of the State Museum of New Western Art (GMNZI), Moscow. Since October 2016, Maria is based in Russia, where she is an Associated Researcher in the Faculty of Art History, at the European University, St Petersburg. She is currently working on her next book project, which focuses on the evolution of Soviet Socialist Realism in art and criticism, 1930-1970. Until July 2016, she was a Lecturer in Russian Art at The Courtauld Institute of Art in London. She continues to serve as the Co-director of the Cambridge Courtauld Russian Art Centre (CCRAC).