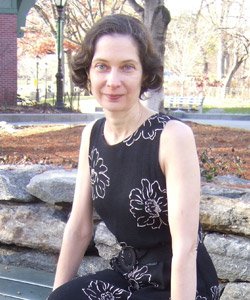 Margaret Samu is an art historian who teaches at The New School's Parsons School of Design and lectures at the Metropolitan Museum of Art. She works on 18th- and 19th-century European, Russian, and American art with a special interest in the intersection between Russian and Western cultures. Her articles have been published in Iskusstvoznanie, Nineteenth-Century Studies, and Experiment, among other journals. The volume she co-edited, From Realism to the Silver Age: New Studies in Russian Artistic Culture, was published in 2014 by Northern Illinois University Press. Margaret served as president of the Society of Historians of East European, Eurasian, and Russian Art and Architecture (SHERA) from 2013 to 2015.