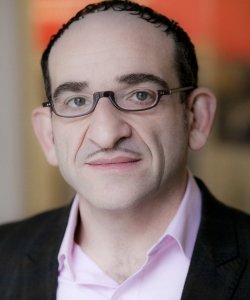 Leonid Frants was born in Leningrad (now St. Petersburg) in 1963. He immigrated to New Zealand in 1978, where he studied Mathematics at the University of Auckland, later moving to Stanford, California, to complete his Ph.D. in Computer Science. In the early 1990s, Dr. Frants worked at Morgan Stanley and later at Goldman Sachs. In 2005, he founded OneMarketData, a financial software company. He is currently its President and CEO. Dr. Frants became interested in Russian art after having been exposed to various art events organized in New York and St. Petersburg in the early 2000s by his wife, an artist and curator Anna Frants.

The collection covers the extended period of time, from the 1920’s to the present, and includes a wide range of artistic styles and techniques (from painting and sculpture to new media art created at the crossroads of art and technology). This makes it an invaluable resource for studying Leningrad/St. Petersburg art of the last 100 years.