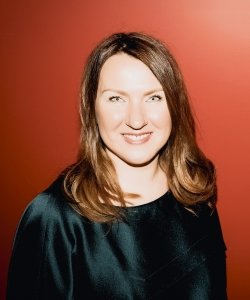 In 2014, Bazhenova acquired the English version of The Art Newspaper as well as the entire international licensed network of its editions in Great Britain, Greece, Italy, China, Russia, USA, and France. The network’s editions are distributed in 60 countries. The Art Newspaper Russia is the only international art periodical in Russia. The purpose of the publication is to include Russian-speaking readers in the international art context, and to facilitate integration of Russian art into the global art system. The IN ARTIBUS Foundation organizes art exhibitions in collaboration with  museums, cultural foundations and private collections in Russia and abroad. It also publishes art books. The exhibition space of the Foundation was opened in 2014. The exhibitions organized by the IN ARTIBUS Foundation include: “Mikhail Roginsky. Beyond the “Red door,” held as part of the 14th Venice architecture biennale main program in 2014; “I Wished to Work in the Manner of Callot”; “Vladimir Weisberg”; “Boris Kasatkin” and “Late Mashkov” – all of them were part of the project devoted to Moscow school of painting (in collaboration with The State Tretyakov Gallery, The State Russian Museum and regional museums of Russian Federation). Among other major shows organized by the Foundation are:  “Mikhail Roginsky. Farewell to the "Pink fence"; “Yuri Palmin. Winterreise”; “Inspired by Rome. For the 400th anniversary of Salvator Rosa and Gaspard Dughet” (in cooperation with The State Hermitage Museum, Pushkin State Museum of Fine Arts and The Russian State Library); “Enlightenment Gothic. Vasily Bazhenov — Anniversary Year” (in cooperation with the Schusev State Museum of Architecture).