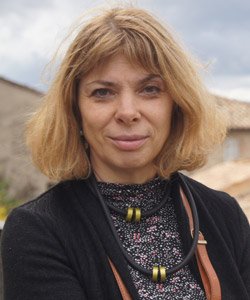 Elena Nesterova has a Ph.D. in the history of art, with a master’s thesis on “Russo-French artistic links in the second half of the 19th century” (1981) and a Ph.D. dissertation entitled “Late Academism and the Salon in Russian Painting of the Second Half of the 19th Century.” She is now a professor in the Department of Russian Art at the I. E. Repin State Institute of Painting, Sculpture and Architecture at the Russian Academy of Art, where she teaches Russian art of the second half of the 19th century. A member of the Union of Artists of Russia and of the Association of Art Historians (AIS), she is the author of 7 monographs, including Leonid Ivanovich Solomatkin (1997); Peredvizhniki (1997); Aleksei Savrasov (2002); Konstantin Egorovich Makovskii (2003); and Ideal Art. Late Academic and Salon Painting (2012). She has also written more than 80 articles on the development of Russian art.