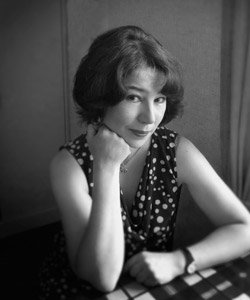 Dr. Ekaterina Vyazova is an art historian and senior research fellow at Russian State Institute for Art Studies, Moscow. She graduated from the Moscow State University (Art History Department) in 1993, from the Central European University (History and Philosophy of Art and Architecture) in Prague in 1995. Her candidate’s thesis, titled “The City in the Art of Cubo-Futurists,” was devoted to the aesthetics of urbanism in early Russian avant-garde art. E. Vyazova was deputy editor of the art journal Pinakoteka, in Moscow from 1999 to 2010, during which time she curated its Russo-British issue. As both a visiting scholar and visiting fellow at the University of Cambridge (2002–2003, 2004), she worked on a monograph The Spell of Anglomania: England and Englishness in Russian Culture of the Late Nineteenth to Early Twentieth Century, published in 2009. She served as editor-in-chief of the program"First Publication" for the Vladimir Potanin Foundation (2011-2015) and has been a jury member for the Kandinsky Prize since 2014. E. Vyazova has authored about 40 publications on Russian art at the turn of the twentieth century, Russian avant-garde art, and Anglo-Russian artistic connections. She is currently working on a monograph titled Glass Architecture as a Mythological Project in collaboration with Dr. Anna Korndorf.