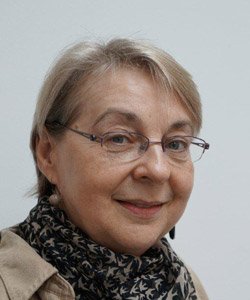 Christina Lodder is an Honorary Professor of the History and Philosophy of Art at the University of Kent, President of the Malevich Society, and co-editor of Brill’s Russian History and Culture series. Her numerous publications on Russian art of the early twentieth century include Russian Constructivism (1983); Constructing Modernity: The Art and Career of Naum Gabo (co-author with Martin Hammer, 2000); Gabo on Gabo (co-editor with Martin Hammer, 2000); Constructive Strands in Russian Art (2005); Rethinking Malevich (co-editor with Charlotte Douglas, 2007); Utopian Reality: Reconstructing Culture in Revolutionary Russia and Beyond (co-editor with Maria Kokkori and Maria Mileeva, 2013); and a translation and introduction to Aleksei Gan’s Constructivism (2013).