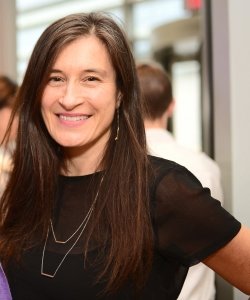 Christina Kiaer teaches modern art at Northwestern University. She is the author of Imagine no Possessions: the Socialist Objects of Russian Constructivism (MIT Press, 2005) and Collective Body:  Aleksandr Deineka and the Lyrical Prospects of Socialist Realism (forthcoming, University of Chicago Press).  Her current project is "An Aesthetics of Anti-racism:  African Americans in Soviet Visual Culture."  She is a curatorial consultant and catalogue contributor to the exhibition "Revoliutisiia!  Demonstratsiia!  Soviet Art Put to the Test" Opening October 29 at the Art Institute of Chicago, and co-curator, with Robert Bird and Zach Cahill, of the exhibition "Revolution Every Day," opening September 14 at the Smart Museum of Art at the University of Chicago.