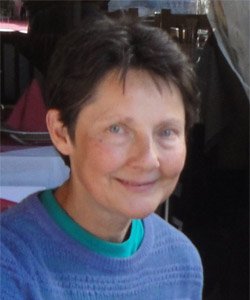 Alison Hilton is the Wright Family Professor of Art History at Georgetown University (USA), where she has taught for more than thirty years, and served as department chair and founder of the university's museum studies program.  Here major publications on Russian art concern Russian folk art, nineteenth-century realism and impressionism, the early twentieth-century avant-garde, women artists and imagery in the Soviet period, and non-conformist art of the late Soviet era. She has received research fellowships from IREX (International Fellowships and Exchanges Program), the American Council of Learned Societies, and other sources, and she was a member of a commission to establish visual arts exchanges directly with Soviet museums in the late 1980s.