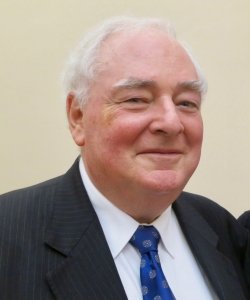 Nicolas V. Iljine is consultant on international cooperation to several European cultural institutions and Advisor to the General Director of the State Hermitage.  Before this appointment, he was Vice-President of International Development for GCAM (Global Cultural Asset Management Group) in New York, headed by Thomas Krens.  Prior to this position, he was Director for Corporate Development, Sponsorship, and PR in Europe and the Near East at the Solomon R. Guggenheim Foundation and the head of the PR department for Lufthansa German airlines.  Iljine is a founding member of the Kandinsky Prize Board of Trustees, an Honorary Member of the Russian Academy of Arts, and member of the Paris Council of Emperor Alexander III. In September 2006, he was awarded the Order of Friendship by President Putin.  Iljine has authored multiple books, such as Selling Russia’s Treasures (2013); Memories of Baku (2013); Fire of Worlds (2009, in Russian); Nikolai Suetin (2008); Pass to Paradise (2008, in Russian); Odessa Memories (2003); and Sold Treasures of Russia (2000, in Russian); Semyon Ansky – The Jewish Artistic Heritage (1994).