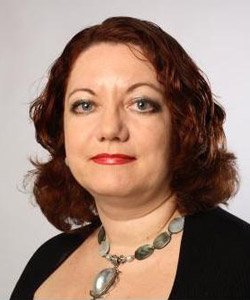 Alla Rosenfeld received her M.A. from the Academy of Fine Arts, St. Petersburg, in 1987, and her Ph.D. at the Graduate Center, City University of New York, in 2003. Rosenfeld has taught Russian art and culture at Rutgers University, where she also served as Senior Curator of Russian and Soviet Nonconformist Art at the Zimmerli Art Museum from 1992 until 2006 and as Director of the Zimmerli’s Russian Art Department. At the Zimmerli she organized many exhibitions of Russian art and was an editor and contributor to numerous publications, including Moscow Conceptualism in Context (2011); Art of the Baltics: The Struggle for Freedom of Artistic Expression under the Soviets, 1945-1991 (2001); Defining Russian Graphic Arts, 1898–1934 (1999); and From Gulag to Glasnost: Nonconformist Art from the Soviet Union (1995). Her independent curatorial projects include the traveling exhibition “A World of Stage: Russian Designs for Theater, Opera, and Dance” (2007), presented in Kyoto and Tokyo. From 2006 to 2009, Rosenfeld worked as Vice President and Senior Specialist in the Russian Paintings Department at Sotheby’s in New York. She has received many awards and fellowships, including from the Belvedere (Museum of Austrian Art) in Vienna, Austria, and the National Gallery of Art, Washington, DC.

From 2009 to 2013, Rosenfeld served on the International Jury for the Kandinsky Prize in Moscow. In May 2017, she was appointed Curator of Russian and European Art at the Mead Art Museum at Amherst College.