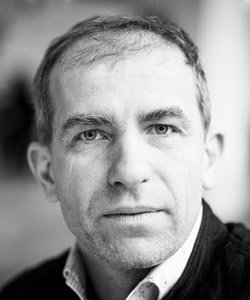 Dr. Tomáš Glanc is a Senior Fellow at the Zurich University, Switzerland. He specializes in performance in Eastern Europe; Samizdat and the unofficial culture; scholarship and culture of Russian and Czech modernism (Roman Jakobson, avant-garde, transfer of theories); Slavic ideology; contemporary Russian art and literature.  From 2010 until 2013 he was as a visiting professor at Humboldt University, Berlin (Institut für Slawistik); since 2011, he has been a visiting professor at Basel University.  In 2007 — 2010, he was Senior Fellow at the Bremen University, Germany (Forschungsstelle Osteuropa); in 2005 – 2007 -- Director of the Czech Cultural Center in Moscow; 2000 – 2003 -- Director of the Institute of Slavic and East European Studies, Charles University.  Glanc is the author of numerous books and catalogues, most recently Autoren im Ausnahmezustand. Die tschechische und russische Parallelkultur (Berlin, 2017), and Pavel Pepperštejn: Memory is over (Ostrava, 2016).